The Matrimonial Causes Act 1857 brought him back. In theory, the State still held marriage to be indissoluble: in practice divorce had long been possible by the expensive and cumbrous method of a private Parliamentary Bill. Practically, the law said one thing and Parliament another; and the proposal now was to create legal facilities and grounds for divorce. In the Quarterly Review for July, 1857, titled 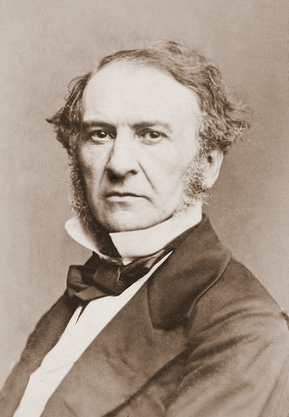 Gladstone presented a convincing argument for the indissolubility of marriage from Scripture, history and practical policy. He knew it was a hopeless fight, but that made no difference to principle. He was charged with gross inconsistency in drawing a distinction between Church and State, and their respective laws: once again his opponents did not realize that he had outgrown his earlier belief in a Christian state, and had been large-minded enough to change his outlook. The fact stands out boldly as a result of the controversy that Mr. Gladstone believed as firmly in the sanctity of marriage and its indissolubility as he did in any doctrine of the Christian Church. Further, though perhaps he would not have used the phrase, he regarded the State that permitted re-marriage after divorce as apostate from the Christian standard.